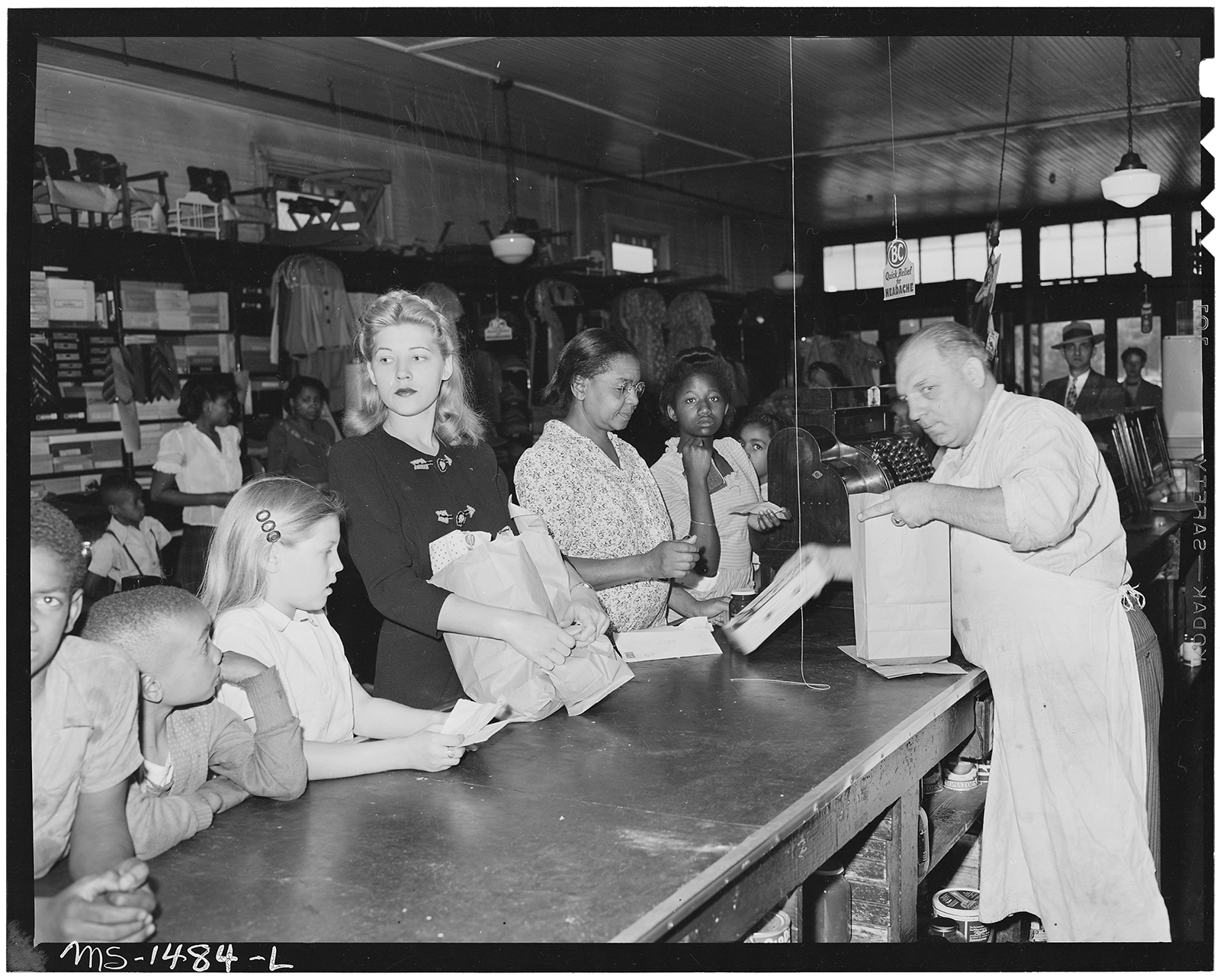 L. Renée: “This poem emerged while I was conducting genealogical research on my maternal family’s migration from the tobacco fields of Southwest Virginia to the coal mines of Southern West Virginia to Ohio, where I was born. I was stunned to find a photograph of my Aunt Mary inside the Gilliam Mine company store in the National Archives’ collection. I was and am taken by her gaze directly at the camera, which was attempting to capture her. Photographer Russell Lee took several photographs of the coal camp where my family lived, and I shared them with elders while I collected oral histories. At the same time, I learned about insurance policies on enslaved people that had been digitized and made available online through some local disclosure laws. While scrolling through them, I discovered a policy on a 14-year-old girl named Martha. I had a physical reaction. I thought of all the ways Black girls becoming women are surveilled and catalogued. I thought of all the ways we dream of and work toward creating our own escape routes. Then I heard Aretha telling me not to weep, though I did. I’m perpetually humbled by the sacrifice of ancestors who endured so much to make us possible. This poem is an attempt to render them, especially Black Appalachians often excluded from the narrative, visible.” (web)

0
Your Cart
Your cart is emptyReturn to Shop
Continue Shopping